No one is expected to be squeaky-clean cradle to grave.

As a psychologist at a university counseling center, I was privy to many regrets and misbehaviors, lies, secrets, and even some illegal acts. On a handful of occasions, young men confessed to me that they’d had sex with a woman who hadn’t consented—what they realized the next day or the next month or the following year with a great deal of shame, was rape. They wanted to make it right by understanding how they could be capable of such behavior. One or two apologized to their victims. They were sorry. How could they make it right? That apology was life-changing for both of them. I’m certain that these men learned from their mistakes.

But they were, unfortunately, the rare exception.

Conservatively, somewhere between five and fifteen percent of college men admit to having had nonconsensual intercourse, the legal definition of rape.

Some men sober up and realize what they’ve done. Or the victim with enormous courage, calls him or texts him or otherwise confronts him with the facts of her experience. Some of these men are able to acknowledge that yes, they plowed ahead in the face of her unmistakable objections.

But self-reflection and apologies are strikingly rare. Approximately two-thirds of all college rapes are committed by repeat offenders. They admit to committing anywhere from 3.4 to 5.2 rapes per year.

To be clear, the men who have nonconsensual sex multiple times do so with foresight and planning. These are not the men who wake up the next morning with regret or insight or shame.

The stories that are coming out about Georgetown Prep are consistent with what we know about men who commit serial rapes. They choose a target—generally not the most popular girl at the party, ply her with alcohol or drugs, and then get her alone. They are using alcohol as a weapon, knowing full well that the victim will be blamed for her drinking. And perhaps ironically, that they will be excused—because they were drunk. 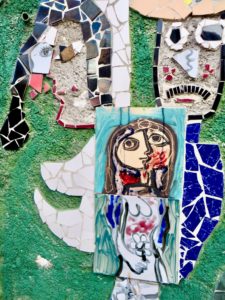 Still we are stunned by these statistics, enough so that we have trouble believing that otherwise smart, talented young men—our friends and neighbors, the children of our accountants and coaches and teachers—could be capable of such despicable behavior. Our disbelief, our denial lead us to give them a pass on male “mischief.” But it’s not mischief by any plausible definition of the word. It’s rape.

We pride ourselves on how far we’ve come. That we believe Dr. Ford and praise her for the courage to come forward. Her testimony from both sides of the aisle was deemed heartbreaking, credible, compelling. But there’s a disconnect between believing her and taking action. It’s a “he said/she said” we say, which is really shorthand for not taking the time to adequately investigate the allegations.

Perhaps that is changing, too.

I invite you to read related posts The Future of #MeToo and Lies Matter. Ignorance Does Too. And my novel, Thin Places.